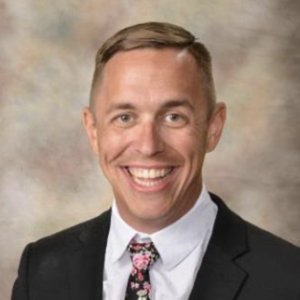 Kaleb Schumann brings over a decade of experience teaching middle and high school band in rural, urban, and suburban settings.

Mr. Schumann has also worked in multiple capacities with the drum corps activity. Most recently, he worked on the admin team for the Phantom Regiment Drum and Bugle Corps from 2016-18, serving as the Tour Director in 2018. Additionally, Schumann worked for The Guardians in 2016 as an Ensemble Specialist and as the Tour Director for the corps' first national tour.

Twice an alumnus of the University of North Texas, Mr. Schumann holds a Bachelor's Degree in Music Education and a Master's Degree in Instrumental Conducting, studying with Eugene Migliaro Corporon and Dr. Nicholas Enrico Williams. While earning his Master's Degree, he served as a production assistant for the recording of over 100 original works for wind band and is published in GIA's "Teaching Music Through Performance in Middle School Band".

Mr. Schumann currently resides in Downtown Ft. Worth and spends his free time working on his YouTube channel, supporting FC Dallas, taking his Husky Dallas out on runs, and traveling with his fiancé Skyler.